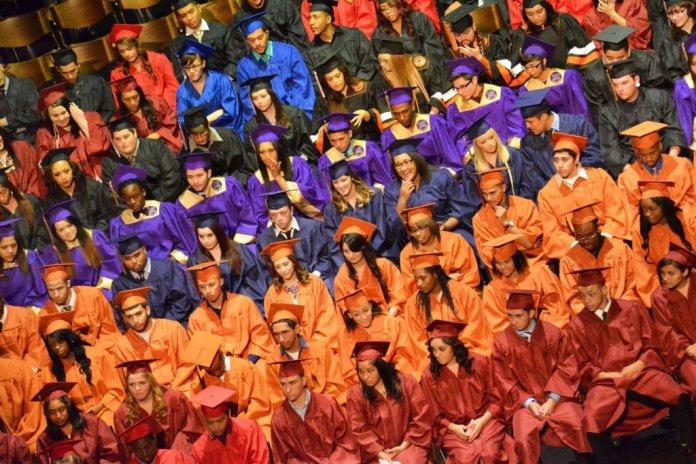 If past is prologue, a move by the Florida Legislature to raise qualifying test scores for high school graduates seeking the popular Bright Futures college scholarships will hurt minority students.

Lawmakers in the state  Senate are considering  a bill (SB 190) that would require high school students to lift their scores by the spring of 2021 to qualify for the scholarships. Students seeking the highest Bright Futures awards, which pay full tuition and fees at state universities and colleges, would have to score a 1330 on the SAT administered by the College Board, up from the current 1290. Bright Futures scholarships are funded from Florida Lottery proceeds.

Students seeking the lower-tier Bright Futures award that covers 75 percent of tuition and fees would need SAT scores higher than  1200 to qualify. They currently can qualify with 1170 on the SAT, as long as they meet other requirements involving their grade-point averages and community service work.

Studies show that attempts to raise the test scores for the Bright Futures can dis-proportionally hurt minority students – who may come from lower-income families with fewer resources and face more challenges than their white counterparts.

Sen. Kelli Stargel, the Lakeland Republican who is sponsoring the bill, said the legislation’s intent is to revamp the Bright Futures scholarships to bring it in line with the original intent of the program to reward students who meet “high academic eligibility standards.”

“Through the years, the different testing organizations have changed their (college-entrance) tests and in doing so, it was getting much easier to reach those different levels,” Stargel said.

Under her bill, students for the next few years can use the current qualifying scores. But high school students graduating in the spring of 2021 and in subsequent years will have to meet the higher standards. The legislation also gives the state Department of Education the authority to periodically adjust the qualifying scores to keep them in line with the standards.

“I don’t know the number of students that might not qualify, but we’re easing them in,” Stargel said when questioned by other senators about the impact on students. “Ultimately for the newer cohort, compared to today, it would be a little more difficult.”

Florida does have experience with raising the Bright Futures scores. And it has translated into thousands of students losing their eligibility.

But once the new requirements were fully in effect in 2014, the number of Bright Futures scholars began to plummet.

“It was the concern that I had several years ago when they changed the standards. It adversely affects the minority communities, typically kids like I was,” she said.

Cruz was one of three children raised by a single, working mother. She says financial aid was the key to letting her attend Hillsborough Community College.

“I will tell you that a junior college degree for me moved me out of generational poverty and into a different level for my life and for my kids,” she said.

Cruz says raising the test scores for the scholarship program is likely to deny more minority students the opportunity to advance their education. “That’s the reality,” she said.

The state Board of Governors, which oversees the university system, looked at the impact of raising test scores on minority students in a September 2014 report.

“As a matter of policy, it makes sense to raise the standards on a merit-based scholarship program (like Bright Futures) in order to create enhanced incentives for performance,” the report said. “However, such a change is not without unintended consequences.”

The report cited “evidence of a strong positive correlation between income and SAT test scores, which supports the concern that the change in the eligibility requirements will disproportionately affect lower-income, underserved and minority students.”

Bright Futures scholarships are growing in popularity, particularly after the Legislature’s recent move to cover full tuition and fees for the top scholarship recipients. Tuition and fees average more than $6,000 a year at the largest universities for a student taking 30 credit hours over two semesters.

An estimated 106,329 students are projected to use the scholarships in the new academic year that begins this fall. It represents a 4.9 percent increase over this year.

The program’s cost is expected to rise to $581 million in the next year, up from $546 million.

And while the state has expanded Bright Futures, which is based on academic merit, it has also increased aid for students who need financial help.

Lawmakers want to make it much harder for citizen groups and...