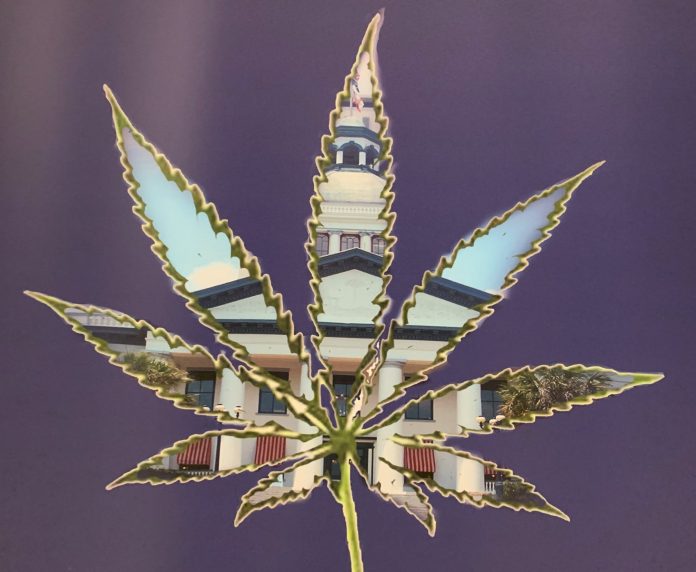 Sick Floridians are on the verge of having access to smokable medical marijuana.

In a 34-4 vote on Thursday, the Florida Senate sent a bill (SB 182) to the House that would let doctors prescribe a 35-day supply of up to 2.5 ounces of smokable medical marijuana, which could be renewed an additional five times without returning to the doctor’s office. Patients could not possess more than 4 ounces of the drug at a time.

The legislation also bans people from smoking medical weed in public. It would allow terminally ill children to smoke marijuana, if approved by their doctors along with a second opinion from a pediatrician.

Currently, medical marijuana is only available to patients in non-smokable forms, such as in drops or in edibles.

The House plans to hear the legislation next Thursday. And Republican Gov. Ron DeSantis, who called to lift the smoking ban, is expected to quickly sign the bill into law.

“Hallelujah,” said Sen. Janet Cruz, a Tampa Democrat who voted for the legislation. “If someone is prescribed medical marijuana let it be their choice, whether they decide to rub oil on their forehead or smoke a joint…. But let’s let people smoke their marijuana if it gives them relief.”

DeSantis has said lawmakers were wrong when they imposed a smoking ban as part of a 2017 law.  Slightly more than 71 percent of Florida voters approved medical marijuana in 2016, but when the Legislature passed the law implementing it, lawmakers banned smoking. The issue then went to court, and a judge ruled last year that the smoking ban violated the terms of the state Constitutional Amendment. DeSantis said he agreed with the ruling and threatened to drop the state’s legal appeal if lawmakers didn’t resolve the issue by March 15.

St. Petersburg Republican Sen. Jeff Brandes said the inspiration for his legislation was a Bradenton woman named Cathy Jordan. She is in a wheelchair because of her ALS, also known as Lou Gehrig’s disease. He said she has been a constant advocate for using smokable medical marijuana to help patients like her.

Brandes also called the legislation “responsible,” since it also authorizes the state to spend $1.5 million a year researching medical marijuana use.

Senate President Bill Galvano, a Bradenton Republican who also voted for the bill, said he believed lawmakers were right in 2017 when they approved the smoking ban as part of the legislation implementing the medical marijuana amendment.

But he said that changed with the court ruling and DeSantis’ decision to call for an end to the smoking ban.

“The world we find ourselves in is where the courts disagreed with us. That’s how it works. We have respect for the courts and respect for the Constitution, which we have sworn to uphold. We’ve done what I think are some reasonable steps in meeting the requirements of both,” Galvano said.

A win for affordable housing in Florida

Florida was a leader in fighting Big Tobacco – now the...