Ahead of Cohen’s expected testimony Wednesday before the House Oversight Committee, Gaetz wrote on Twitter, “Hey @MichaelCohen212 – Do your wife & father-in-law know about your girlfriends? Maybe tonight would be a good time for that chat. I wonder if she’ll remain faithful when you’re in prison.  She’s about to learn a lot…”

That tweet set off a firestorm in Washington, where some perceived the comments from Gaetz, an ally of Trump, as a threat toward Cohen. With many legal experts weighing in saying the tweet makes Gaetz vulnerable to charges of witness tampering, Gaetz issued a new tweet, directed at House Speaker Nancy Pelosi:

“Speaker, I want to get the truth too. While it is important 2 create context around the testimony of liars like Michael Cohen, it was NOT my intent to threaten, as some believe I did. I’m deleting the tweet & I should have chosen words that better showed my intent. I’m sorry.”

His first tweet about Cohen was “absolutely not” intended as a threat,” Gaetz told the Florida Phoenix in an interview Tuesday afternoon outside of his House office in Washington.“Cohen is the one who threatens people. I was just asking questions and testing the character and veracity of someone who intends to come and lie before the Congress again.”

Cohen had postponed congressional testimony that was slated for earlier this month, citing  “ongoing threats against his family” from President Trump and his attorney Rudy Giuliani, CNN reported last month.

Cohen’s lawyer, Lanny Davis, tweeted Tuesday that: “#1 We will not respond to @RepMattGaetz despicable lies & personal smears, except to say we trust that his colleagues in the House, both Republicans and Democrats, will repudiate his words & his conduct.”

Gaetz’s Tweet drew an immediate comment from Walter Shaub, former director of the federal Office of Government Ethics and others who questioned whether Gaetz had committed a crime by threatening a federal witness. Shaub cited a federal law that protects the speech of members of Congress during official proceedings but does not protect outside statements.

Twitter users by the tens of thousands responded in outrage to Gaetz’s tweet, with comments ranging from  hilarious to furious to profane. Many urged that Gaetz resign and face prosecution for tampering with a witness.

– Lucy Morgan and Julie Hauserman contributed to this report. 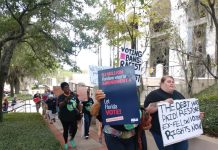 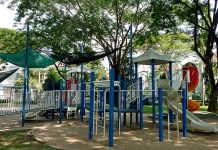 Gov. DeSantis greenlights kids to participate in outside activities, including summer camp