After all the campaigning, debating and vote counting last fall, Ron DeSantis will be sworn in as Florida’s 46th governor on Tuesday and start governing the third-most populous state in the nation.

Whether voters supported or opposed his candidacy and praised or bashed his far-right ideology, DeSantis will take on the difficult work of managing a state of more than 20 million people, traversing rural lands and sprawling urban areas, diverse cultures and the haves and have nots on the economic scale.

At age 40, the Harvard-trained attorney, Navy veteran and former Congressman is some 25 years younger than his predecessor, Rick Scott, bringing political youthfulness to the state Capitol and the Florida Governor’s Mansion. He and his wife, Casey, who will be the new First Lady, have two small children.

DeSantis’s January 8 inauguration uses the theme of a “Bold Vision for a Brighter Future” for the inaugural activities – and Floridians are invited to some of the public events.

“Inaugural events will highlight our state’s diversity and pay tribute to the Floridians who serve our communities, including our military, first responders and faith leaders,” DeSantis said in a recent news release.  “Casey and I invite all Floridians to join us for this historic celebration.”

While it’s likely that not all Floridians will trek to the state capital in Tallahassee, many supporters are expected to attend, including schoolchildren and other groups coming to the capital city by the busload.

The main event will be the swearing-in ceremony Tuesday on the steps of the old Historic Capitol of Florida– for DeSantis and Lieutenant Governor, Jeanette Nuñez, as well as the elected members of Florida’s Cabinet: Agriculture Commissioner Nikki Fried, Attorney General Ashley Moody, and Chief Financial Officer Jimmy Patronis.

But the inaugural events and festivities will cover two days, January 7 and 8, and will likely cost hundreds of thousands of dollars, based on past inaugurations.

Inaugural Press Secretary Katie Strickland said in an email to the Florida Phoenix that “Governor-elect DeSantis is raising money through RPOF (the Republican Party of Florida) for the Inaugural and other general party needs.”

The funds raised will be made public in a quarterly report due to the state Jan. 10, according to Strickland.

The inaugural festivities include breakfasts, luncheons, an event for veterans and military families, an address to legislative leaders and Cabinet officials in the Capitol Rotunda, and a Tuesday evening inaugural ball.

Such events aren’t unusual for governor inaugurations, even dating back decades.

In what appears to be the 1929 inauguration of Governor Doyle E. Carlton, a short film clip shows a military band, floats, flags and horses on a parade route, according to materials from the Florida Memory Program of the State Library & Archives of Florida.

A 1957 photo shows Gov. LeRoy Collins’ inaugural parade, with people lined up on the street watching a marching band.

Gov. Lawton Chiles abandoned a fancy black-tie ball in lieu of a laid-back music bash featuring country music and jazz, in addition to a parade, a rock concert and a raucous street festival where the colorful politician fired a “potato pellet” gun in downtown Tallahassee and rocked out with an electric guitar on stage with Floridian Steven Stills (of Crosby, Stills & Nash fame).

The Florida Memory Program has a program of Chiles’ inauguration festivities in 1991.

Another colorful governor, Claude Kirk Jr., caused a stir when he appeared at his 1967 inauguration with a mysterious woman known as Madame X, whom he later married. The Florida Memory Program has a photo of the couple at the inaugural ball. Her real name: Erika Mattfeld.

DeSantis’s inaugural festivities include a traditional ball at the Donald L. Tucker Civic Center, described as “an evening of celebration, dancing and fellowship.”

Since his election in November, DeSantis has put together numerous advisory teams to help tackle issues ranging from education to the environment.

He is expected to help reshape the Florida Supreme Court for decades to come, and his platform on various issues on the campaign trail likely will serve as a springboard for conservative legislation in a friendly Republican Legislature.

When the inaugural ball is over, the hard part begins for Florida’s new governor.

Here is a list of the events for the inaugural festivities, according to information from DeSantis and his 2019 Inaugural Committee. Times may be subject to change.

“The 2019 Inauguration will mark the historic election of Jeanette Nuñez as Florida’s next Lieutenant Governor, making her the highest-ranking Hispanic woman elected in Florida history. The Women for Florida Leadership Breakfast will honor the many strong women who made the campaign possible and celebrate the important leadership role women will play in the DeSantis-Nuñez Administration.”

“The Thought Leaders Luncheon will feature Florida’s top leaders from the private and public sectors to discuss how we can work together to secure Florida’s future. During the event, Governor-elect DeSantis will share the DeSantis-Nuñez administration’s Bold Vision for a Brighter Future.”

“As an Iraq War veteran, Governor-elect DeSantis and incoming First Lady Casey DeSantis know all too well the sacrifice and dedication of those who serve us both at home and abroad in our military and as Florida’s first responders. This military and law enforcement appreciation event will honor the heroes who selflessly protect our state and nation. The event will be free and open to all veterans, military members, first responders and Gold Star families.”

“Florida’s faith leaders play a critical role in working with government to better serve our communities. This event continues the time-honored tradition of an inclusive Inaugural Prayer Breakfast celebrating our state and its diversity ahead of the official Swearing-In Ceremony. Individuals of all faiths are welcome to attend this event and pray for Floridians across the state.”

“The Swearing-In Ceremony on the steps of Florida’s Historic Capitol Building symbolizes the uniquely American tradition of a peaceful transition of power as our state welcomes its newly elected officials. The 2019 Inaugural Committee looks forward to the historic Swearing-In Ceremony of Governor-elect Ron DeSantis and Lieutenant Governor-elect Jeanette Nuñez, as well as members of the Florida Cabinet.”

“For the first time in Inaugural history, Governor-elect Ron DeSantis will address Florida’s Legislative leaders and Cabinet officials on the 4th Floor in the Capitol Rotunda between the Chambers of the Florida Senate and the Florida House of Representatives. Governor-elect DeSantis will discuss his plans to work with our state’s elected leaders to achieve a Bold Vision for a Brighter Future so we can continue to build on our success and address the challenges that lie ahead.” 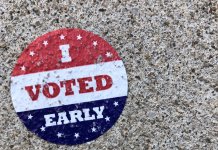 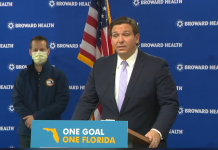