Furious and fired up for nearly two years, national Democrats have vowed to take control of the U.S. House of Representatives and end Congress’ one-party hold on Washington, D.C.

They’d need to flip 23 Republican House from red to blue across the country, and have circled a handful in Florida.

But as the Nov. 6 midterm election draws near, the task appears increasingly formidable – though not impossible.

In some races, Democratic candidates have seen polls tighten considerably, and ad buys canceled, signaling declining enthusiasm for the Democratic Party’s hopes to overhaul Congress. Meanwhile, Republicans are cautiously optimistic that a so-called blue wave for Democrats may ultimately end up being just a light shower.

“I think Florida is a bright spot for us on the nationwide map,” says Maddie Anderson, a spokesperson for the National Republican Campaign Committee (NRCC).

The Florida Phoenix looks at four of the most contested contests in the state, where Democrats are seriously GOP incumbents or open seats in traditional conservative strongholds. (Four other races are in the mix, with the GOP trying to flip one Democratic seat.)

Here are the four of the most contested races:

If there was one seat that was going to be “easy” for Florida Democrats to flip from red to blue, it was going to be the 27th Congressional District seat in Miami-Dade, where GOP moderate Ileana Ros-Lehtinen announced a year ago that she was ready to move on after 30 years.

District 27 is a majority-Hispanic district that Hillary Clinton won overwhelmingly in 2016, prompting a crowded and talented field of Democrats to enter the primary race, with the winner coasting to victory in the general election.

But when former U.S. Department of Health and Human Services Secretary and University of Miami President Donna Shalala entered the Democratic primary, the consensus was that the seat was hers to lose, due to her strong name recognition.

Shalala, 77, was expected to ease her way to victory in November, but she’s in a serious fight now against 56-year-old Maria Elvira Salazar, a Republican and former Latina broadcast journalist running a campaign that mixes conservative positions on some issues with more progressive ideals, such as supporting an assault weapons ban.

“They (Democrats) cleared the field for someone who’s not even from here, who can’t even communicate with their constituents, who has little or no ties to this community, and the Democrats are paying a price for it,” says Nelson Diaz, chairman of the Miami-Dade County Republican Executive Committee.

“That’s just a case of terrible recruiting on the Democrats’ part,” said NRCC’s Maddie Anderson, adding that often in South Florida politics, culture has more to do with political decisions than political party, “and this is where we have the upper leg.”

Democrats counter that while Salazar is certainly holding her own in the race, Shalala is raising more campaign cash and has aired more television ads and will continue to do so up until election day.

Unlike Salazar, Shalala does not speak Spanish, and critics complain that she waited too long to begin airing Spanish-language television ads.

Democrats dispute the significance of that development.

“Even on Univision last week when they were interviewing people in the piece, voters in the 27th District said they don’t care if a candidate speaks English or Spanish, but are they right on the issues?,” says Ricky Junquera, the vice chair of the Miami-Dade Democratic Party.

“Are they the right representative for us in the district? Do they understand what we need and are they going to be able to fulfill that in Congress? The resounding answer is yes she can, and yes she will.”

Congressional District 26 – (Southwest Miami Dade, all the way down to Key West, and including parts of the Everglades and the Gulf Coast)

The seat currently held by U.S. House Republican Carlos Curbelo has been one of the highest profile races in the country this year, with nearly $17 million spent on television ads as of last week, according to the consultancy group Kantar Media.

Opposing Curbelo is Democrat Debbie Murcasel-Powell, an Ecuadoran native who worked for more than a decade at the medical school at Florida International University.

This heavily Latino district went strong for Hillary Clinton in 2016, favoring her over Donald Trump by 16 points. Yet those same voters also preferred Curbelo by double-digits.

Polls show this race to be dead even. Both sides agree that Murcasel-Powell is a stronger Democratic candidate than former Congressman Joe Garcia was in 2016.

Democrats say that while Curbelo has done his best to appear above the partisan fray, his vote to repeal the Affordable Care Act, better known as Obamacare, and support the GOP’s tax-cut bill have hurt him in the district.

“He tries to cast himself as the guy who will break with Washington, break with Republicans,” says Cole Leiter with the Democratic Congressional Campaign Committee (DCCC). “Frankly, his record this cycle in Congress has proven to be thin.”

Curbelo has also introduced legislation taxing carbon emissions and earned the endorsement of the gun-control group Everytown for Gun Safety for his support for measures like banning bump stocks and background checks.

In the Sarasota area last winter, Democrats were thrilled when attorney Margaret Good defeated Republican James Buchanan in a special state House election by seven points — in a district that President Trump won by five. That provided hope for Democrats that Buchanan’s father, longtime Republican U.S. Representative Vern Buchanan, could also be vulnerable in a nearby district this fall.

In addition, Democratic candidate David Shapiro, an attorney, was seen as an impressive candidate who nearly matched Buchanan in fundraising.

But Shapiro’s storybook campaign took a hit last week, with a University of North Florida poll showing Shapiro down by nine points to Buchanan, and the DCCC announcing it was cancelling a TV ad buy of more than $500,000 for the last week of the campaign.

“We have taken this race very seriously from the beginning,” says Buchanan spokesman Max Goodman.

Goodman touts Buchanan’s opposition to offshore drilling and says Buchanan has been a champion in fighting the opioid crisis.

Buchanan also was a rare Republican voice expressing opposition to President Donald Trump’s decision to pull out of the Paris Climate Accord.

The UNF poll said the environment was the leading issue in the race, and Shapiro says the spread of red tide in the region is particularly on voters’ minds this year (along with health care).

Shapiro and activist groups seized upon the news revealed in July that Buchanan, already one of the wealthiest men in Congress, had purchased a yacht on the same day that the House voted for their major tax cut bill.

Shapiro said it was “emblematic” of Washington lawmakers fighting for themselves and their wealthy donors, and not the public. “He took the money that was supposed to go to working families and it went straight to a luxury yacht,” he says.

Goodman deflects that report, saying that the anti-Buchanan coalition “put all their eggs in one basket, but what they didn’t realize is that everybody knows and appreciates the fact that Vern has been a successful businessman.”

This Central Florida district hasn’t been considered viable for Democrats since 2000, when then U.S. Democratic House Majority Leader Richard Gephardt traveled to the area for a fundraiser in what was then an open seat. It was ultimately won by Adam Putnam that year, and it has safely stayed in Republican hands for the past 18 years.

Now District 15 is an open seat, after GOP incumbent Dennis Ross surprisingly (or maybe not so surprisingly in the age of Trump) announced in April that he wouldn’t run for reelection.

That energized Democrats to become more emboldened about their chances.

The two candidates running to succeed Ross admit that running for his seat wasn’t on their radar a year ago — but now they’re in a very tight race.

Republican Ross Spano, who has represented the Brandon area in the Florida House since 2012, had his eyes set on the Florida attorney general’s position, but dropped out to run in the Congressional contest.

Democrat Kristen Carlson, an attorney who has been a prosecutor in Pasco County and general counsel for state agencies in Florida, says that she wasn’t thinking about Congress either until Ross exited. Officials from Emily’s List – which recruits progressive women for pollical office – reached out to her, and she got into the race.

But whether Carlson has captured the devotion of the Congressional District’s Democrats is unclear. Some Democrats have expressed disappointment that Carlson is more moderate than progressive, but that stance undoubtedly works better in the district.

Like many Congressional Democratic hopefuls this year, Carlson’s proposed agenda is heavy on healthcare. She proposes allowing those 55 and older to buy into Medicare, a proposal that has picked up momentum in recent years.

She also supports allowing for a public option — a government-run insurance option that would compete with private insurers on the Affordable Care Act exchanges.

However, “There’s absolutely no evidence that Ross or anybody on the Republican side of the aisle in Congress would cut pre-existing conditions,” says Ross’ spokesman Brock Mikosky.

Spano chides the current Congress – including Republicans – for failing to address the federal deficit.

One issue where the two candidates don’t seem that far apart is on immigration.

While emphasizing the need to secure the border, Mikosky says that Spano does support bringing certain undocumented people “out of the shadows” and on a pathway to citizenship.

The two haven’t debated and apparently won’t before November 6.  A Survey USA poll released last week has the two in a dead heat at 45 percent each.

While these four races are expected to be the most contested Congressional contests in Florida, there are three other seats that are in the mix for Democrats.

There’s also the Congressional District 18 race between Republican incumbent Brian Mast, who is being challenged by Democrat Lauren Baer.

And there’s the Congressional District 25 race in South Florida between longtime Republican incumbent Mario Diaz-Balart, who is being challenged by former state judge Mary Barzee Flores.

The one seat that Republicans are challenging is in the Orlando area – the Congressional District 7 seat, where current U.S. House freshman Stephanie Murphy, a Democrat, is being opposed by Orange County Republican state legislator Mike Miller. 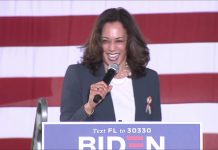 The most contested U.S. House races in Florida: Will the Republicans keep their seats – or not?

The governor candidates aren’t mentioning it much, but a woman’s right...