The Labor Day holiday is brought to you by the American labor movement — of which the Florida Education Association is a very proud part.

Our labor union got its start in 1886, two years after Congress enacted the national holiday honoring workers.

Now more than 140,000 members strong, the Florida Education Association (FEA) is the united voice for excellence in public education in Florida. Sadly, this Labor Day finds us under attack — just at a time when our schools, students and educators need us more than ever.

In the past two decades, we have seen assault after assault on public schools, with our leaders shoving through measures that sap the life from public education. Long-term, they appear intent on destroying public education in favor of creating a fractured, privatized system that will line the pockets of special interests while leaving many of our students, especially those whose families have fewer resources, out in the cold.

Our association is commonly known as the statewide teachers’ union, but the FEA represents not only pre K-12 teachers, but also education staff professionals such as teacher’s aides, bus drivers, cafeteria workers and office staff; faculty members and graduate assistants at Florida’s colleges and universities; students who want to become teachers; and retired education employees.

United, we have worked for more than a century to defend and improve public education in our state, to ensure all of our students get the best possible educational opportunities, and to advocate for and protect the rights of the people who work in our schools. As is increasingly clear, some big-money and special interests would prefer that our voice be silenced.

One blow against labor this year, June’s U.S. Supreme Court decision in the much-publicized Janus v. AFSCME case, does not have a direct impact on the Florida Education Association. Florida is already a “right to work” state and paying union dues here is entirely voluntary. Only school employees who have made the personal choice to sign up are dues-paying members of our union.

In our state, however, lawmakers decided this year to make a very direct attack on teachers’ unions — only teachers’ unions. Legislators stuffed into a massive, omnibus education bill a provision that attempts to decertify and delegitimize unions for “instructional personnel.” The provision, now law, does not affect any other public labor unions, such as those for police and correctional officers. Only local teachers’ unions in counties throughout Florida are targeted.

The FEA is fighting the law in court, as the lawmakers behind it no doubt expected. We suspect, though, that they did not count on or understand one crucial fact: People want unions.

With teachers’ unions under threat in Florida, new members are flocking to local unions in their school districts. Since January, the FEA has added several thousand new members. Nationwide, unions remain a strong voice in challenging special interests and corporate power. Unions “lift all boats,” improving working conditions and wages for members and non-members alike.

We are the voice for public education, and we stand as trusted advocates for our students and our schools.

Our voice is needed more than ever. In Florida, a majority of our legislators have acted in recent years as the united voice against public education.

The Florida Education Association has stood again and again against:

At the Florida Education Association, we  are going to keep fighting for the rights of our members and for the lifeblood of our profession, public education.

The third most-populous state in the nation should rank better than 41st in per-student funding. Our teachers and education staff professionals deserve to be paid at least the national average, rather than taking home salaries that average near the bottom of the national barrel.

Most important, all of our students deserve the best possible education, and we will do everything in our power to see that they get it. United, we have a chance to make a difference. 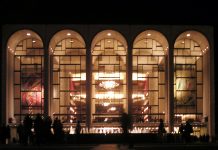