Organizers for the Florida chapter of NextGen America, a progressive group funded by American billionaire Tom Steyer, are putting their faith in the power of the millennial “youth vote” to get progressive candidates elected.

But young voters – people under 30 – are historically bad at showing up to the polls, especially for mid-term elections. So NextGen Florida’s solution is to ask a single question:

What is the issue that concerns you the most?

The group has registered over 18,000 people to vote since the chapter began last September and say they are finding that young people – primarily college students – care most about the costs of college, affordable healthcare, racial equity and justice, climate change and gun control (in that order).

“Once (young voters) find that issue that really resonates with them, that’s going to get them out to vote,” NextGen Florida organizer Bekir Konakovic said.

Konakovic, 20, is a student at Florida State University volunteering over the summer with NextGen Florida to canvass the Tampa Bay area. He said he is one of about 127 NextGen staffers throughout the state.

He’s noticed that the young people he registers to vote are passionate about the causes they believe in.

“At this time, people are very outraged with what’s going on, especially with what’s going on under this current administration. They feel it’s a degradation of American values, principles and what we stand for as a society and a nation,” he said. “People, frankly, feel Americans are better than this, and hate, first and foremost, has no place in this country.”

Konakovic hears young people talking about the Constitutional amendments on the ballot this fall, “even if they’re not thrilled with candidates.”

There are 13 Constitutional amendments on the ballot this fall; eight of them were proposed by the Constitutional Revision Commission, which meets once every 20 years. Among them: An amendment that would automatically restore felons’ rights after they’ve completed their sentences (with exceptions), one to end greyhound racing, and another to ban offshore oil drilling along Florida’s coastline.

NextGen Florida officially endorsed candidate Andrew Gillum for governor but said the group’s concern for “getting out the vote” is multi-faceted.

“I totally think we have an agenda,” NextGen Florida state director Carly Cass said. “No. 1, we know that when millennials go to the polls, progressives get elected. We know that millennials are the biggest voting bloc. No. 2, we’re building what I’m calling a ‘pipeline to leadership.’”

With 150 organizers, 620 volunteers, and 43 campus chapters including on all four Historically Black Colleges and Universities (HBCUs) in the state, NextGen Florida organizers are teaching members how to “properly run a grassroots event,” Cass said.

“We’re giving them professional development. We’re putting them in front of a public audience…and we’re building a generation of organizers,” she said.

But political scientists are not of the same mind as to what youth voter turnout will be this fall.

University of South Florida professor emerita of political science Susan MacManus said she is skeptical about coming to any firm conclusions when it comes to youth voting.

“That’s the one thing we’re watching this election cycle: If historical patterns can be broken,” she said.

There’s no question voter demographics throughout the state are changing, she said, and young people are certainly less enamored of the two-party system.

“Historically, young voter turnout is a lot lower in a mid-term election than it is in a presidential race,” MacManus said. “And that’s true for the (nation)…but one of the things that’s different about this election is the sheer size of this young population…so the tides are shifting.”

It’s still too early to know what the size of the political wave will be.

Political analyst Geoffrey Skelley at the University of Virginia Center for Politics – also the associate editor of Larry Sabato’s popular “Crystal Ball” political prediction website – said that young voters tend not to vote for a party but rather against one.

“I don’t think you should expect some dramatic increase. It’s not likely that 18-24-year-olds are suddenly going to show up en masse (on their own),” Skelley said. “But these groups (like NextGen Florida), I think they play a role in making that happen.”

Another factor in voter turnout is what party controls the White House. Even political races at the local and state levels are not isolated from what’s going on at the national level, Skelley said, and the political party that’s not in the White House usually does well in midterm elections.

“So, thinking about the youth vote – because younger voters skew Democratic in their political leanings…they’re probably going to show up in a higher rate than they did in previous elections, because there’s a Republican president. And this would be true in general, regardless of Donald Trump,” Skelley said.

MacManus said it’s wrong to assume all young people will vote as Democrats since young people are not as “wed to the idea of a formal political party.” Young voters will pick candidates that speak to the issues they care about, she said, regardless of party affiliation.

The highest record of young voter turnout was in the 70s, MacManus said, when 18-year-olds got the right to vote. The Vietnam War, too, was a huge incentive for young people to participate in politics.

There are a few theories behind midterm election voter apathy, Skelley at UVA said. For the most part, complacency cripples the prevailing party. It’s all a part of the ebb-and-flow of U.S. politics, he said.

“We live in a very polarized age,” he said. “Voters are more engaged when they don’t like the status quo.”

The deadline to register for the Aug. 28 primary has passed, but NextGen Florida will continue its efforts to register young voters until the Oct. 9 deadline for the November election. Konakovic, the young organizer for NextGen Florida, said the group also keeps in touch with registrants to remind them of deadlines and to keep up the conversation about the issues. Organizers have even shown up to local events in their areas – like a Maroon 5 concert – to engage people in their day-to-day lives.

“We really try to make it as interactive and dynamic and as fun as possible…The only hardship that arises is when someone isn’t too aware of the issues that’s going on. That’s when we try to speak to them on a personal level,” he said.

Young people are the best stimulant for motivating other young people to turn up to vote, MacManus said, but the primary is too close to when most colleges around the state begin classes, so students will not have had the time to mingle enough with their peers for their political energy to rise.

And – “A lot of young people do not watch the evening news,” she said.

Colleges around the state are also scrambling to figure out what to do about early voting. In July, a federal court lifted a state ban on early voting locations on college campuses. It’s now too late for early-voting locations to open on campuses in Alachua County (University of Florida) and on campuses in Leon County (Florida State University, Florida A&M University and Tallahassee Community College) but talks are underway in both counties about what to do for the November general election.

Though this year the size of the “youth vote” is not historically unique, MacManus said the increase in registered voters is a sign of a healthy democracy.

“We have freedom of choice, whether someone wishes to vote or not. When more and more people take part in that freedom, that’s a good thing,” she said. “I believe very strongly that exercising one’s vote is the greatest gift in a democracy.”

Skelley – with UVA – predicts that young voter turnout won’t overwhelmingly affect the outcome of the midterm election, but it may make a serious difference in a close race.

“That matters because there’s going to be a lot of U.S. House races. And there’s some in Florida that will be very close and competitive,” he said.

Cass – the NextGen Florida state director – said it’s been incredible to participate in ‘get out the vote’ efforts in the current political environment.

“It’s something that’s amazing. We should have every color, every sexual orientation, every faith…everyone in the room because that’s what our country was founded on,” she said. “The more people in the room, I don’t think that’s ever going to be a bad thing. We’re not going anywhere any time soon, and they better watch out. We are the ones we’ve been waiting for.” 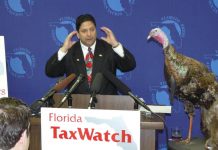 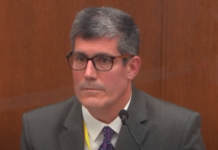 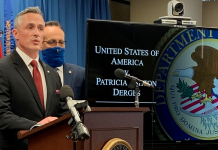 Power to the peeps: Will young voters sway the mid-term elections?