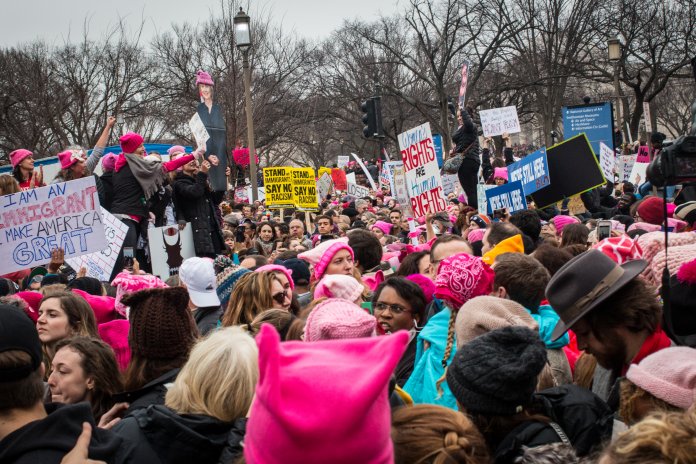 “As he began spewing disgusting, racist, misogynous comments, I thought, ‘If he wins I am going to run for office.’”  And she could count on her first vote:

“My husband looked over and he said, ‘You’d be really good at that,” recalled Enneking, now the frontrunner in the Aug. 28 Democratic primary for a North Florida seat in the state Senate. The general election in that race will be closely watched, as a Republican male incumbent fights to keep his Senate seat in November.

Whether it’s President Trump’s tweets, diatribes and policies, Hillary Clinton’s loss in becoming the first female president, and the #MeToo movement that has exposed sexual harassment, misconduct and assault, women have been galvanized to go after political seats that have been the bastion of males for centuries. One group that works with women candidates in Florida has seen the numbers filing for office this year quadruple.

Florida’s gubernatorial race has drawn attention to Democratic candidate Gwen Graham, who could potentially become the first female governor in the state, and the legislative races are being monitored both locally and nationally.

Last month, the national Democratic Legislative Campaign Committee outlined which state legislative chambers across the country could potentially “flip” this fall, meaning turning from Republican to Democratic majorities. Florida was one of the states targeted.

The DLCC cited five candidates that could create a Democratic majority in the state Senate, and three of them are women: Enneking, (District 8, Alachua, Putnam and part of Marion); Amanda Murphy (District 16, parts of Pasco, Pinellas), and Janet Cruz (District 18, part of Hillsborough).

The Washington-based EMILY’s List, a political action committee and resource for women in politics, has endorsed about a dozen Democratic women legislative candidates in Florida. The organization is focusing on recruiting, training and helping pro-choice women grab gubernatorial and legislative seats.

Lindsay Crete, who does state and local campaign communications for EMILY’s List, said all states – including Florida – have a way to go to create a majority of women in legislative chambers.

Across the country, women make up about a third of state lawmakers, she said. “It has been slow. There’s not a single Legislature in the country that has a majority of women.”

Men make up the vast majority of lawmakers in Florida’s House and Senate, according to Florida legislative data.

Crete said a lot of women don’t feel qualified and experienced to run for office — though men are usually more likely to feel confident in running.

Women face long workdays and family obligations and sometimes feel they need to be asked to run for office rather than just doing it, she said.  And questions can arise on the campaign trail, such as, “Who is raising your children why you’re campaigning?” Are men asked those kinds of questions?

Despite those obstacles, there’s been an upsurge both locally and nationally in women pursuing political office.

Just two years ago, Ruth’s List Florida was working with 60 women who wanted to run for office in a variety of positions, including state House and Senate seats. This year the organization is working with 235 women – four times as many women pursuing political offices, according to Goodman. In that group, more than 65 have been endorsed by the organization.

The Phoenix reached out to several Republican organizations and lawmakers to talk about their female candidates but none responded.

Goodman said the 2016 presidential election – highlighting that a woman was running – and the aftermath of that election was significant for women, particularly the hundreds of thousands of women who participated in the Women’s March on Washington in 2017.

“That drove women to probably a more revolutionary period of time for women that we haven’t seen since the ‘60s,” Goodman said.

The organization does intensive campaign training, helping build financial plans to help candidates fund their campaigns and figure out what it will take to win a race, Goodman said.

“It will be a long climb to beat this incumbent,” said Gainesville physician Enneking. She was referring to state Senator Keith Perry, the Republican incumbent who is unopposed in the Aug. 28 primary.

Perry has raised some $721,000 in cash and in-kind contributions in his individual campaign account, according to the state’s Division of Election’s campaign finance data. In addition, Perry has a political action committee called Building a Prosperous Florida, which has raised some $178,500 dollars.

Enneking has a primary opponent, Democrat Olysha Magruder, who has raised about $35,000 in cash and in-kind contributions in her individual account.

How everything will play out is unclear. But Enneking said she has been a role model and a mentor for women her whole life — and she wants the next generation to do the same.

She said: “I want every little girl to look up (at a woman) and say, “That’s what a state senator looks like.” 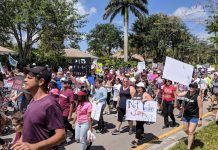 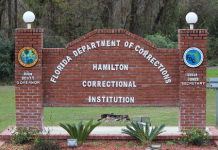 ACLU demands ‘transparency’ from FL governor and head of state prisons, where inmate deaths are rising 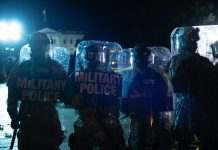