U.S. Rep. Vern Buchanan announced this week that he has filed a formal objection letter with the U.S. Dept. of Agriculture, calling its food labeling plan for genetically modified organisms (GMOs) “grossly inadequate.”

“As you work to issue a final rule later this year, I would urge you to go back to the drawing board and come up with a more consumer-friendly standard,” Buchanan, a Longboat Key Republican, wrote to Agriculture Dept. head Sonny Perdue. “Regardless of whether you think GMOs are safe or not, people have a right to know what they’re eating.”

A study conducted by the Washington-based Environmental Working Group says that loopholes proposed in the draft rule could exempt over 10,000 – or one out of six – genetically modified foods from the new law.

The Dept. of Agriculture released its proposed guidelines for labeling products that contain genetically modified ingredients back in May. Public comment on the proposed guidelines ended last week. The USDA was scheduled to issue its final rules by July 29, but is now not expected to make that deadline. Purdue has said the final rule would be issued “later this year.”

The battle that forced major food manufacturers to place labels on their genetically engineered foods has gone on for decades, and in 2014, Vermont became the first nation to pass a labeling law. That law was overturned in 2016 however, when President Barack Obama signed legislation which required the federal government, for the first time, to set up its own standards for when a food product must be labeled as genetically modified, or as the USDA terms it, “bioengineered.”

Critics have denounced the new guidelines because the USDA has proposed to allow manufacturers the option of not listing a sentence-long declaration on the product, but instead allow them to use “QR codes” as labels on food products. Those encoded images must be scanned and require a smartphone and a reliable internet connection.

The Center for Food Safety estimates that labeling option would discriminate against more than 100 million Americans who don’t have access to such technology.

“Food labeling needs to be simple and clear. QR codes do not meet that definition,” writes Buchanan.

The USDA does say that there could be a text message option for those without broadband access and would not require consumers to have smart phones to access the disclosure. A statement on the package would instruct consumers to “Text (number) for more food information.”

Jackie Filson from the group Florida Food and Water Watch says that her organization agrees with Buchanan’s objections, saying they made similar complaints during the public comment period.

Wenonah Hauter, the executive director of Food and Water Watch based in Washington, blasted the idea of referring to genetically modified organisms as ‘bioengineered’ or BE foods.

“This is a deceptive strategy because most consumers don’t know what that means,” she said.

Buchanan also says he has concerns about which foods will actually be considered genetically modified.

Food products may be exempted from labeling if they are made with some refined genetically modified sugars and oils, or if a product contains those ingredients that fall beneath a predetermined threshold, according to the proposed rules released by the USDA.

There is also a question about whether foods considered to be highly refined, such as candies, soda and cooking oils – should be regulated. Those foods have ingredients derived from genetically engineered crops, but in processed form.

“According to the USDA, this proposed rule will ‘provide a uniform way to offer meaningful disclosure for consumers who want more information about their food,’” Buchanan wrote to the USDA. “However, by providing manufacturers with such broad discretion in disclosing GMO ingredients, consumers may not get the information they need to make informed decisions.”

Buchanan was one of only 12 Republicans in the House to oppose the 2016 federal legislation proposed by the Obama Administration, saying it contained too many loopholes to transparent labeling of GMOs.

Buchanan represents parts of Manatee, Sarasota and Hillsborough counties in Congress. He was elected to his seat in 2006, and is expected to face a Democratic opponent in November. Two Sarasota attorneys – David Shapiro and Jan Schneider are facing off in the Democratic primary. 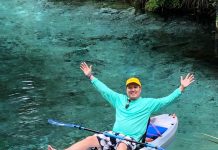 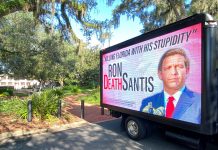 Will Florida try again for state tax incentives to attract the...

Some FL legislators are visiting inside state prisons, and they report...