According to the most recent polling in Florida, it’s looking like we could have an Adam Putnam-Philip Levine showdown in November on who will become the next governor.

But when it comes to polls, should we trust the most recent public opinion surveys when others earlier this year had different candidates leading –  Ron DeSantis on the Republican side and Gwen Graham on the Democratic side? After all, it’s less than two years from the so-called polling debacle of 2016, when virtually every pollster seemed to get it wrong in predicting that Hillary Clinton would defeat Donald Trump for president.

Actually, they didn’t get it wrong.

The fact is that when national polls were aggregated after the 2016 election, the analysis showed Clinton winning by an average of 3.2 percent. She ended up winning the popular vote by 2.1 points, well within a poll’s statistical “margin of error” and more accurate than many presidential polls in 2012. In the end, of course, she lost the Electoral College vote to Trump by losing some critical battleground states, including Florida.

Those who do political polling say it’s a much more challenging environment to be accurate in 2018, and a lot of that has to do with the prevalence of cellphones in our lives. The frequent use of “robocalls” – prerecorded telemarketing messages – also complicates results because people hang up when they hear the prerecorded voice or just refuse to answer the phone.

Back in the day, pollsters could call residents on landlines and know that they were home and used to sitting down and talking on their phone to friends or whomever.

Nowadays when a pollster calls somebody on a cell phone, that person could be driving, at a social event or in some other setting that’s not conducive to giving their time and energy to a pollster who wants to query them on a school board race.

There’s also the possibility that person you’re calling with an area code in a Florida county actually lives somewhere else in the country, says Peter Brown, who heads up the often-cited Quinnipiac polling firm.

Quinnipiac’s final poll before the 2016 election had Hillary Clinton up in Florida – by a single point. The fact that she lost by 1.2 percentage points to Donald Trump still kept it well under the 3.9 percent margin of error.

Quinnipiac uses live human beings who call people on both landlines and cellphones.

Brown couldn’t provide the breakdown on what percentage of landlines versus cellphones Quinnipiac generally uses in surveys, but another pollster, Brad Coker, says that most polls he conducts are 70 percent landline and 30 percent cellphone.  Some political clients, he says, prefer a 40-60 or 50-50 split, but he says they need to pony up more cash to do. Coker does polling for the well-known Mason-Dixon poll.

“It’s harder to get surveys over the cellphone,” he says.

In the current election cycle, no major candidate has shared as many polls with the public than former Miami Beach Mayor Philip Levine.

The Levine camp has commissioned several polls showing their candidate in a favorable light, and opposing candidates claimed that Levine was trying to create an impression that wasn’t necessarily accurate.

“Mayor Levine can buy all the robo-polls he wants, but nothing changes the fact that he’s out of touch with Floridians,” sniped Geoff Burgan, spokesman for one of Levine’s competitors for the Governor’s Mansion – Andrew Gillum.  Burgan was reacting to a Public Policy Polling survey that showed Levine surging in the polls in the Tampa Bay and South Florida markets back in April.

However, independent polls conducted since then also show Levine leading in the governor’s race.

Some inveterate political observers grow skeptical about the accuracy of polls that use pre-recorded robocalls.

After receiving large number of complaints about telemarketing calls to cellphones, the Federal Communications Commission updated the Telephone Consumer Protection Act in 2013 to require that consumers give “unambiguous written consent” before telemarketers can robocall  them – a requirement most people aren’t even aware of.

While that makes polling more expensive because it requires employing human beings to make those calls, it compelled Matt Florell of St. Pete Polls to drop altogether the notion of calling cellphones.

Florell heads Fextel, Inc, a St. Petersburg-based corporate phone system business that evolved into conducting public opinion surveys in 2011. He said he began doing automated phone call polling as a way, in part, to test new versions of his phone system software. After discovering that Florida voter files are public information, he began conducting surveys with both landline and cellphone users.

When the FCC made its 2013 change to the Telephone Consumer Protection Act, Florell filtered out every cellphone number on his lists and began calling only landlines.

That prompted criticism of his work – especially from candidates who were shown to be losing in certain political races – that his surveys couldn’t possibly be that accurate, considering that such a large and growing segment of particularly younger voters were being missed.

But in fact, while hardly perfect, his surveys (mostly for SaintPetersblog and later Florida Politics) have been fairly accurate over the years.

How does he do that by just sampling landlines? He says he begins by trying to get a large representative sample of voters for every race he polls. He has to consider which voters are most likely to show up at the polls – there’s a difference between the “registered voter profile” – how many people are registered to vote – versus the “active voter profile” – which shows how many people actually vote in recent elections.

“We recently polled a race where the registered voter profile has about 40 percent people over the age of 50, but the active primary election voter profile for that same district was over 70 percent over the age of 50. Since a large number of older voters have landlines, this makes it easier for us to poll those races with a very representative sample,” Florell says.

Florell said the FCC’s 2013 ruling has had a major effect on the races he can survey, saying that there are many smaller municipalities and even some state house races that he can’t poll because he can’t get a large enough representative sample to weight them properly.

Another factor that makes polling harder in 2018 is that people who don’t have landlines are inundated more than ever by robocalls, and are more prone than ever not to pick up the phone when an unfamiliar telephone number appears on their machine.

Florida pollster Coker says that about two and a half weeks before Election Day he gets bombarded on his landline with robocalls from candidates –  not just from major political races, but also for the local Port Authority board and tax collector.

“You multiply it out over these local elections and you’re getting drowned by robocalls,” he says. “You don’t pick up the phone. That hurts pollsters.”

Coker was an active pollster during the 2012 presidential election, and he says he learned some lessons. On the Saturday before the election, residents in the Tampa Bay area opened up the Tampa Bay Times to read a poll showing that Republican Mitt Romney led Democrat Barack Obama in the critical Interstate 4 corridor of the crucial swing state of Florida by six percentage points, 51 percent to -45 percent.. The neighborhoods along the Interstate 4 corridor are seen as a centrist bellwether of the state as a whole.

Obama ultimately narrowly won the state – and the I-4 corridor – a full week after that survey was published.

Coker conducted that survey for the Tampa Bay Times and Bay News 9. He says the got a bum rap for flubbing that poll, because he expanded the region to include some north and central counties – Marion, Flagler and Volusia – which had a different profile from the more centrist Interstate 4 corridor. But he acknowledges that he erred in picking Romney to carry Florida that year.

“I didn’t anticipate that the voter turnout in 2012 would be as high as it was in 2008 with younger voters, African-American voters and Hispanic voters,” he says.

It wasn’t a stretch to assume lower turnout, since the euphoria around Obama’s candidacy in 2012 was decidedly less rapturous than in 2008. Coker says that pollsters create models that include assumptions about who is going to vote, but it’s not an exact science.

With so much information flying around during election season and so many competing polls, some take the attitude that none of it really matters. At least that’s what many candidates say when confronted with a poll that’s not so favorable to them.

“Polls could be fashioned to find out whatever answer you want,” Democratic gubernatorial candidate Gwen Graham said in Tallahassee last month when asked about the most recent poll that showed Levine leading her by double digits. “I don’t listen to polls. I listen to the people who I’m speaking to every single day.” 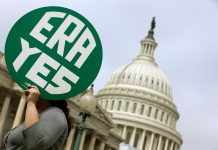 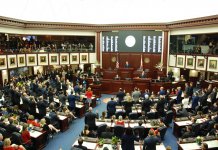 Short-term vacation rentals are all about property rights. But whose?